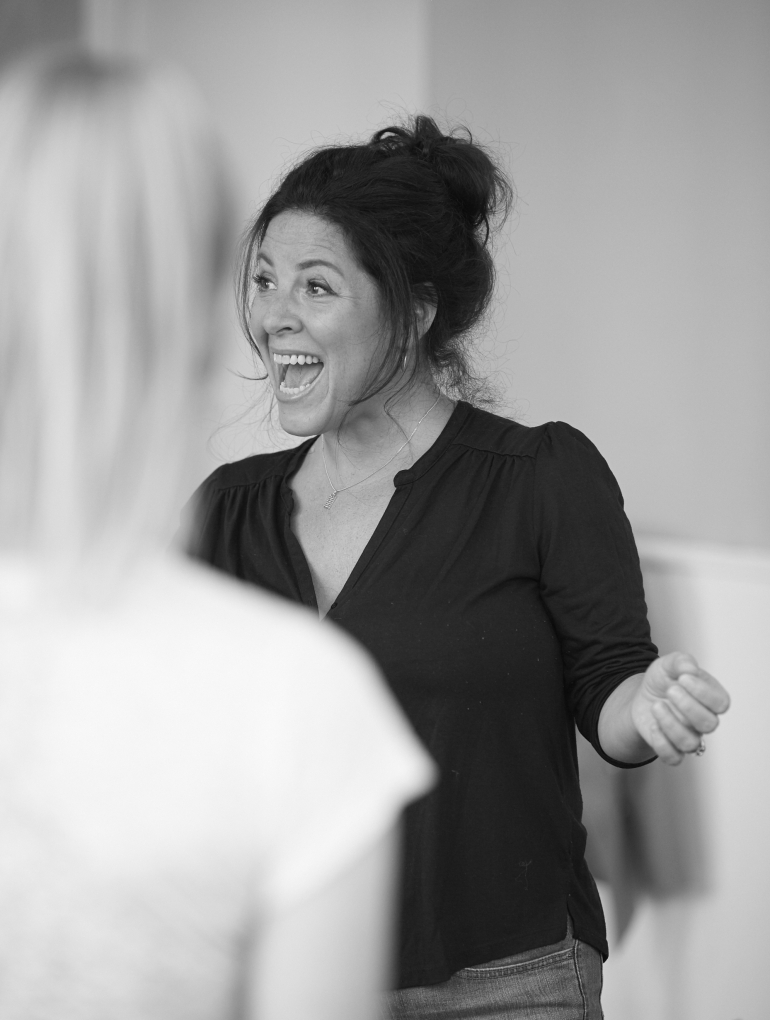 I wanted to become a singer – that was my goal. That’s how my musical career started. For me it was a given I’d make money as a singer. It was a necessity to make music; I didn’t want to do anything else. Even during high school I made money with performance and studio gigs. And that only became more. Aside from the many live gigs and studio sessions, I also taught privates to a couple of students at my home. I enjoyed it, but frankly, it was a side job to supplement my income. But that was about to change….

I’ve always created my own projects and musical ideas. I am a creator; always organizing things, bringing concepts and plans to life. Babette and Friends – my cover band – consisted of the top musicians on the Dutch music scene. We performed in countless clubs and during one for Mother’s Day, I decided to let the musician’s kids come up and sing with me. I rehearsed ambitiously for days with the 8 kids until we had a solid show, so they could give an actual concert backed by a professional band. The concert was a huge success and everyone was tremendously impressed how I pulled that off with the kids, and I was very excited to put it together. I’ve always got a kick out of producing; working towards a climax and achieving success. Therefore, I decided to work with kids, which resulted in launching a kids choir called The Babbeltjes.

We would rehearse every week in my attic, and the kids were building a repertoire and were ready for performances. Before I knew it, the kids choir got many gigs and everyone wanted to join it. 8 kids turned into 10; 10 into 15; 15 into 20, and in 2001 I decided to launch a school that focuses on voice lessons for 6 to 18 year-olds.

My work as a voice coach suddenly took flight. I started working for various TV shows and made regular TV appearances, which showed the country my work. This gave me enormous name recognition. My school grew into a vocal institution with over 600 students between the age of 4 and 80. The basics, however, remained the same – getting the best out of people in a short amount of time, using my signature no nonsense way.

You need guts to dream, to do, to sing. You need guts to put on a beautiful performance, and learn to always be conscious about telling your story in a song; put emotion and passion in everything you sing.

As our business is still expanding, we decided to rename the vocal school to a music academy, which now also offers piano, guitar, and songwriting lessons. The Babette Labeij Music Academy is opening its doors in Amsterdam, Rotterdam, Hilversum and even Los Angeles, aiming on connecting people globally through music.